In the fall of 1986, a group of 17 homeschool families gathered to provide encouragement and fellowship for one another. This was the beginning of the Johnson County Parent Educators (JCPE). In late 2001, the JCPE membership voted to change the organization’s name to Midwest Parent Educators (MPE).

In an attempt to restore the warmth and friendliness of a small group, cluster groups were formed in the fall of 1990. These groups are, in essence, small support groups within the larger structure of MPE. Cluster group members plan field trips and other group activities; these activities provide opportunities for both parents and children to build relationships.

MPE has incorporated as a nonprofit 501(c)3 organization and has adopted official by-laws. Midwest Parent Educators is governed by a board, from which an executive committee of officers is chosen. Husband and wife serve as one member of the board, with each family unit receiving one vote. All members of the Board of Directors must agree to endorse and support MPE’s Mission Statement and Statement of Faith (listed in the official by-laws).

The Midwest Parent Educators Conference and Curriculum Fair began as a joint effort between Families for Home Education (FHE) and JCPE. It was originally called the MO-KAN Conference and began in 1992. Since 1994, the conference has been sponsored solely by MPE. The goal of the conference is to provide families with motivation and tools for continuing the home education process.

Well-known speakers from across the nation are brought to Kansas City for the conference each spring. Over 180 vendors participate in the curriculum fair, and multiple workshops are offered to address issues facing homeschooling families. The conference has an average attendance of over 2500 people.

A part-time office manager works several hours per week in the office. Hours are posted each week on the office phone at 913.599.0311.

Members of MPE receive 10 issues of a newsletter, The Parent Educator, each year. Each issue contains news of events, classes, and activities of interest to homeschoolers. MPE also sponsors several support group meetings each school year. Seniors of those families who have been members of MPE for at least two years may participate in an inspirational high school graduation ceremony in the spring. 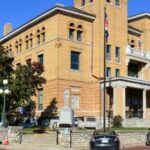